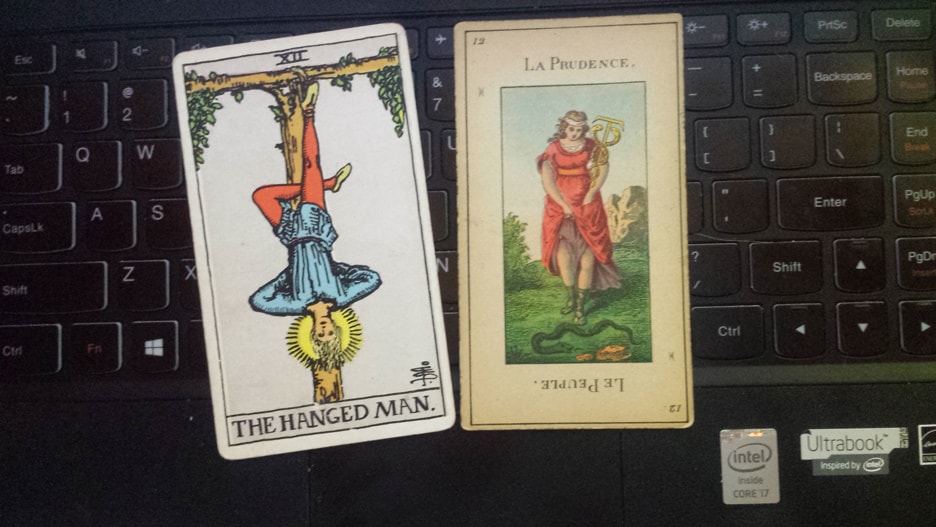 Waite drew heavily from other decks to design his own, seeking not to be a revolutionary, but more of a consolidator of ideas, and perhaps a refiner of metaphysical errata. The problem with metaphysics and “mystery organizations” (or which there were no shortage of) in the 1900’s (specifically 1901, 1902 . . . 1909, etc.) was that there was simply too much information available, and most of it was unfounded, and almost certainly based on lies and personal bias. Even the Golden Dawn, from which Waite gained enhanced credibility as a member, was rife with errors and egos (kind of like tantrums and tiaras for the Victorian age). Add to this the innumerable scoundrels and charlatans who passed themselves off as mystics to the peasantry and nobility, and we have a stew of metaphysical corruption and deceit. Bad research combines with secrecy, repression, and public ignorance to create a setting ripe for misinformation. Into this was born the GD, hearkening in the Edwardian era, but as it was based on so much bad information, superstition, and secrecy that it fell into tyranny, mutiny, and open rebellion over and over (and then over again) until the splinters themselves were reduced to dust. But while it lasted the GD was a righteous force in metaphysics that rivaled the Theosophical Society, the different Masonic groups, various Rosicrucian organizations, and other “oriental orders.”  Art drew inspiration from everything he studied and failed in his grand unification theory (many have fallen to this trap, and many more will) because of his bias.

It is impossible for any of us humans to conceive of everything there is, in full detail, with our pea-sized monkey brains, which are overrun with distraction and clouded by emotions, past-programming, and highly-personal bias. This is why we have concepts, such as symbols and labels to help us grasp the essence of a thing, or several things, at once while we wrestle with minutiae or philosophy. Waite did all of this in his head, without the assistance of calculators or computers, so we have to forgive him for putting too much faith in the writings of his predecessors. But what does any of this have to do with Etteilla? Jean Baptiste (Alliette) set the stage for Waite’s reinterpretation of the tarot as a spiritual tool. Waite’s disgust with fortune telling was problematic, as it blinded him to the essence of asking the divine for help on all things great and small, not just the Arthurian quest for enlightenment and the favor of women (the sacred femininity). In his correction of Etteilla, Marseilles, and his understanding of the tarot he ended up reinforcing the lies and mistakes of previous scholars (Levi, de Gébelin, Etteilla. et al.) while improving on many of their flawed findings by creating a coherent system from their discordant ones. We see this when we compare decks of different eras. Unlike far too many tarot artists today, Waite actually studied. He researched. He read, and debated, and stayed up way too late thinking about the whole of it all long before he picked up a pen and sketched out his ideas for his decks. This is why the Waite-Smith decks continue to be the top selling decks in the world; outstripping other, prettier decks. In short: their symbolism sucks, and so people buy them, use them for a time, and set off in search of something that “speaks to them” (works better/makes divination easier). The original art Waite hired Pixie (Smith) to do is no masterpiece of Venusian proportions, but has become the magnum opus of the Golden Dawn itself as it has and continues to influence and spawn countless decks past, present, and future.

So, here is where that art comes from. Just as Pixie copied many existing works of art to create her images, Art copied many decks to create his ideas for the deck: and nowhere is this more noticeable than in his trumps. Below are a few examples of Waite’s final designs when compared to Etteilla’s. Please note that there were three important editions of Etteilla decks, and that the images in those editions varied slightly (for example, the Etteilla III is far more colorful than the Etteilla II). In the featured image (at the top of this page) we can see the Ettiella III version of “Prudence,” which was Alliette’s version of “The Hanged Man.” In this case Waite completely rejected Etteilla’s forcing the fourth and final virtue into the tarot to fit his belief system. When comparing the Waite-Smith deck to Etteilla’s legacy deck we can see what Waite embraced and what he rejected. Below is a small sampling of what we can see when we compare various Etteilla images to Waite-smith ones. Click on any image below to enlarge it. I will add a few words of my own to each comparison to spark some thought, but it is up to you to decide for yourself (hopefully with careful and thorough research) what it all means. In any case, I hope you enjoy the ride. Please be sure to check out the rest of the deck comparison pages.

Also, please see THIS ETTEILLA DECK (circa 1890) which is much more colorful

* In astrology the sun and moon are loosely referred to as planets, but the “correct” terminology would be “lights.”
** This is the eye of the triangle BTW (that was kind of a HUGE clue there for you mystery school students).
*** It’s hard!!