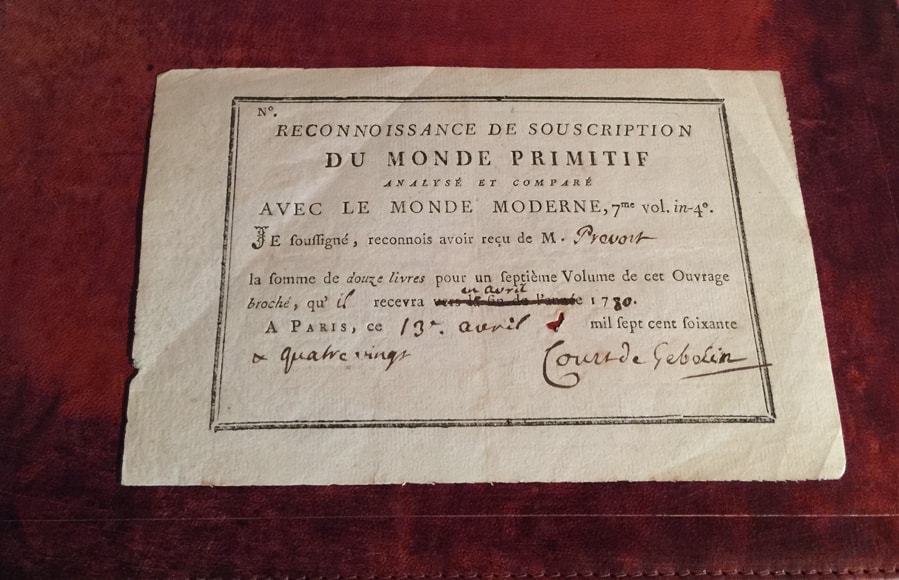 Antoine Court was an Aquarius born in 1725 (Jan 25th to be exact) who, true to his nature revolutionized the tarot, even though is presence wouldn’t be fully felt until December 10th 1909 in London. Being a Frenchman himself at the time, he had slightly different views of the world than his British counterparts and expressed his through the publication of a set of encyclopedias and in so doing he became, over time, one of the godfathers of the New Age movement centuries later. It is the essence of his works, and the philosophies of Levi that trickled down through the years like water seeping into the soil to make giant trees of metaphysical opinion grow strong and belligerent over the centuries.

His primary work of interest was Le Monde primitif, analysé et comparé avec le monde moderne (“The Primeval World, Analyzed and Compared to the Modern World”), a series of volumes published from 1773 onward. In a small aside in volume eight (1781) he briefly mentions the tarot and imagines that the cards came from Egypt and held vast secrets of occult knowledge, and that the 21 trumps and fool together comprised Kabalistic metaphysical meanings based on the 22 letters in the Hebrew alphabet. Keep in mine Antoine was a French Protestant, not an Egyptian Jew. There are several articles on this man (links below!) if you want to read up on him. He is mentioned here because of his direct influence on the Waite-Smith deck(s) and their profound lasting effect on the modern tarot.

Much of the symbolism found in our cards today comes directly from the ignorance of de Gébelin who, while a learned man, was not incapable of really boning the history of the occult worlds of old, and royally screwing up metaphysical minds for generations. Etteilla showed up just two scant years later as the world’s first “tarot reader” (well, today he is known as that—like Marconi he may be wrongfully titled “the first,” but the world will never know, much less care). The major point is that de Gébelin got us where we are today through arrogance and intellect; a dangerous combination that has moved society forward to utopia and destruction endless times. He gave us a wealth of information but really should have had a better editor to force him to check his sources more thoroughly. By the way, he directly influenced the American Revolution through his close association with his fellow Masonic lodge brother Ben Franklin (and people think the Masons just hang out in funny robes trading arcane ceremonial magic secrets).

Here is random bit of trivial fluff: a rare book plate with his signature. I know of only two that exist, the other was sold at auction several years back. 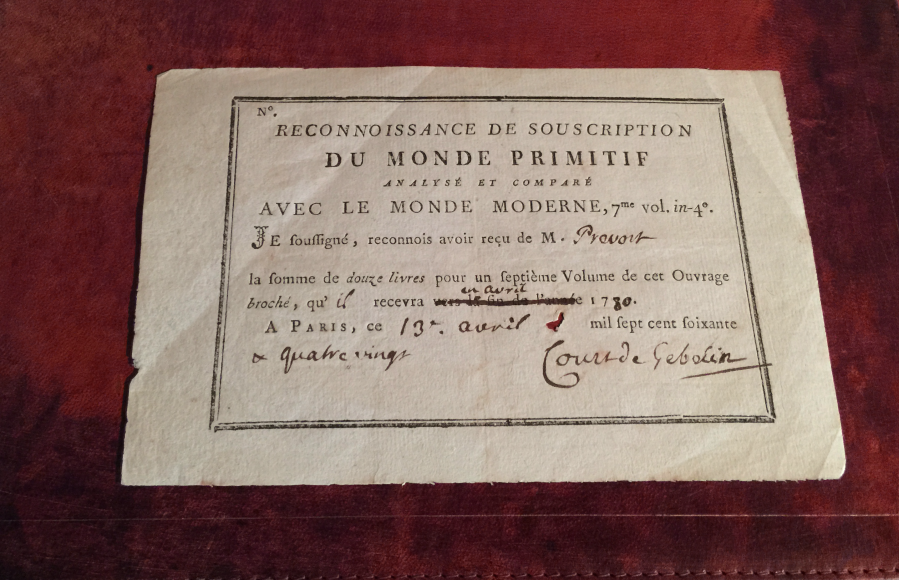 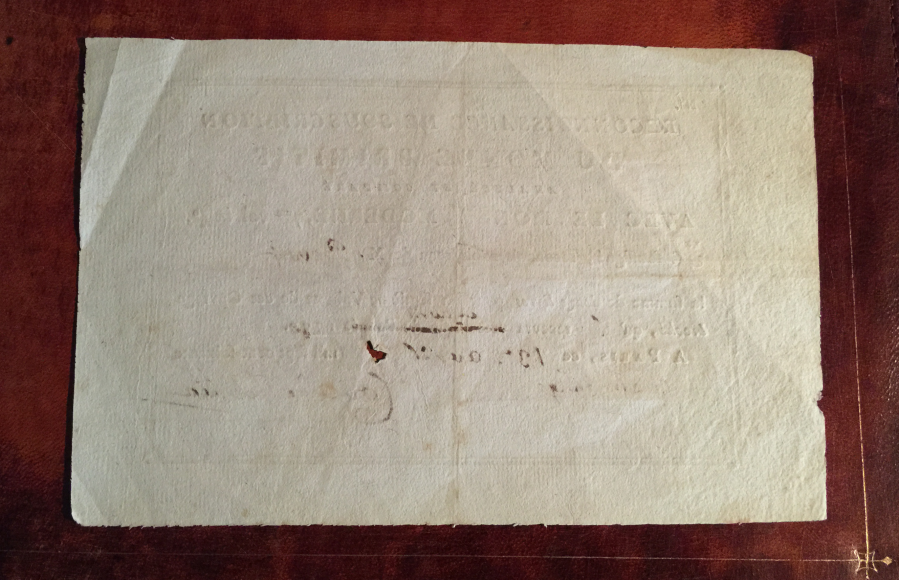